Since 2010, the media coverage and political fervor over the American healthcare system has made the topic hard to miss. Despite all of the information thrown out there from all angles, the truth is there is much to consider when enrolling for and maintaining a health insurance plan. 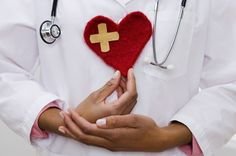 What Does Healthcare Reform Mean?

Healthcare reform refers to the passage of the Patient's Bill of Rights and Affordable Care Act by Congress in 2010. This legislation, usually called the Affordable Care Act, or the ACA, mandates certain new regulations in the American healthcare system. Those regulations are designed to make health care more accessible to uninsured or underinsured Americans.

Obamacare is a nickname for the ACA.

What kinds of reforms did the ACA make?

The ACA made many changes to the American healthcare system. Some of those reforms include the following:

Do I Need Health Insurance?

Out-of-pocket health care costs can be expensive. Most people will benefit from having health insurance that can offset their healthcare costs, especially if a major crisis occurs, such as a car accident or serious illness.

Also, under the ACA, most Americans must have health insurance or pay a fine via their federal taxes.

HealthMarkets Insurance Agency can help you find the best health insurance for you and your family. If you have more questions, just call (800) 360-1402. You can continue this Q&A with one of our licensed representatives.