The Patient Protection and Affordable Care Act (PPACA), also known as the Affordable Care Act or Obamacare, is a federal statute that has transformed the healthcare industry in America. Although it was signed into law in 2010, there is still a lot of confusion about what the health care act means for individuals and businesses.

Americans struggle to understand key concepts about insurance, such as copays, deductibles, coinsurance, and out-of-pocket maximums. This guide to the Affordable Care Act will help you understand more about the law, why it was enacted, and how it may affect you.

Why Was the Affordable Care Act Created?

Prior to the Affordable Care Act, the health insurance industry wasn’t consumer-focused. It was an opaque system in which insurance companies could cancel coverage arbitrarily, exclude children with pre-existing conditions, and hike up rates for any reason – or no reason at all.

The Affordable Care Act was designed to give consumers more power over their own health care. A Patient’s Bill of Rights was established to delineate the knowledge and benefits the American people are entitled to when making decisions about health care. Of course, with these rights come responsibilities: rather than allowing insurance companies to make decisions for you, you must be proactive in understanding and selecting your health insurance.

Why Is the Affordable Care Act So Controversial?

There have been dozens of unsuccessful attempts to defund or repeal the Affordable Care Act, charged by the argument that parts of the act are unconstitutional. Several of these cases involve the constitutionality of the individual mandate.

The Affordable Care Act included an individual mandate provision requiring most Americans to obtain minimum essential insurance coverage. If an individual was not covered by a certain date, they would pay a fine. The day President Obama signed the ACA, Florida and 25 other states filed a lawsuit to challenge the constitutionality of the individual mandate (and the Medicaid expansion – see below).

The National Federation of Independent Business (NFIB) also filed a lawsuit alleging that this provision was beyond the federal government’s constitutionally granted powers. The cases were considered simultaneously.

The Supreme Court ruled that the individual mandate was justified under the Taxing and Spending Clause, “since the sole consequence for failing to purchase insurance is a tax; in other words, the PPACA can be read as taxing people who fail to buy insurance” (National Federation of Independent Business v. Sebelius, 2012).

How Does the Affordable Care Act Affect Medicaid? 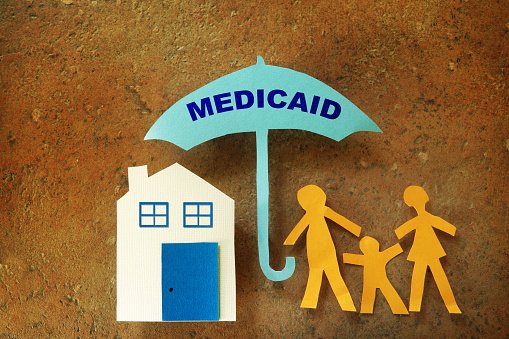 The Affordable Care Act expanded the mandatory coverage to include nearly all adults under the age of 65 with household incomes at or below 133 percent FPL. In 2015, this would mean a family of four making less than $32,252.50 annually would qualify for Medicaid. An individual making less than $15,654.10 would also qualify. This expansion of the Medicaid program would be paid for entirely by the federal government in 2014 through 2016, and funding would gradually decrease to 90 percent by 2020. The Congressional Budget Office estimated that the Medicaid expansion would make 17 million Americans newly eligible for the program.

The Medicaid program is optional, but all states participate in it. The primary issue with the Medicaid expansion was that the Secretary would be able to withhold all of a state’s existing federal Medicaid funds if the state chose not to comply with the program expansion, effectively forcing states to expand their Medicaid programs in order to maintain federal funding.

The Supreme Court ultimately ruled that the Medicaid expansion is unconstitutionally coercive because states did not have adequate notice to voluntarily consent, and because it would eliminate all federal funds if the state did not comply. Justices Roberts, Breyer, and Kagan found that the Medicaid expansion is a “gun to the head” because the “threatened loss of over 10 percent of a State’s overall budget…is economic dragooning that leaves the States with no real option but to acquiesce.” (The United States Senate Committee on Finance, 2012).

Four of the justices believed that because the Medicaid expansion isn’t severable from the Affordable Care Act, the entire Act should be declared invalid. The other five justices, however, maintained that the unconstitutionality of the Medicaid expansion could be remedied by prohibiting the federal government from withdrawing all Medicaid funds if a state chose not to comply with the expansion.

This means that states can choose whether or not they want to expand Medicaid. As of December 2015, 30 states and the District of Columbia have adopted the Medicaid expansion. 20 states have chosen not to expand their Medicaid programs at this time.

What Are My Rights Under the Affordable Care Act?

The Affordable Care Act establishes several basic patient rights. These rights give consumers the ability to make informed decisions about their health 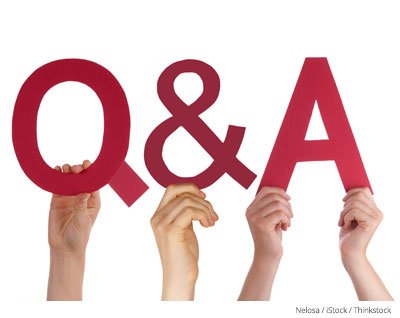 insurance, and prevent health insurance companies from unfairly excluding or dropping people from their policies. Your rights as a patient include:

The Right to Coverage for Patients With Pre-Existing Conditions

Insurance companies can no longer deny you coverage based on a pre-existing condition; they have to accept everyone who wants to purchase a plan, regardless of health status. Insurers are not allowed to exclude coverage of pre-existing conditions from their policies. If you have a health condition when you sign up for the plan, the health plan can’t refuse to cover your treatment.

This doesn’t mean that the health insurance company must cover your treatment. If your plan doesn’t cover that treatment for anybody, it doesn’t have to make an exception for you. If, however, the plan covers a treatment for others, it can’t exclude you because you had the health condition prior to enrollment.

The Right to Young Adult Coverage Under a Parent’s Plan

Young adults may have trouble affording health care coverage, so the Affordable Care Act makes it possible for some individuals under the age of 26 to stay on their parents’ health care plans. If the parent has dependent coverage through an employer, a young adult can stay or get back on that plan as long as he or she doesn’t have a job that offers coverage.

The Right to Choose Your Doctor

The Right to Emergency Care

In an emergency situation, you may not have time to look up which hospitals are in your provider’s network. If your symptoms are so severe that your health is in jeopardy and you need immediate attention, you should go to the nearest hospital.

Under the ACA, insurance plans can’t charge you a higher copay or coinsurance if you get emergency care from an out-of-network hospital. You also don’t need to get prior approval before you receive those emergency services. The plan is required to pay the same rates they would pay for an in-network hospital.

In some instances, a healthcare provider might charge higher rates than an in-network hospital would. In that case, you might get a bill from the hospital for the difference between what your insurer will pay and what the hospital charges. This is called balance billing. In order to minimize the bills you might have to pay for emergency care, your health insurance plan must pay the greatest of these amounts:

Click here to see how your state handles balance billing. 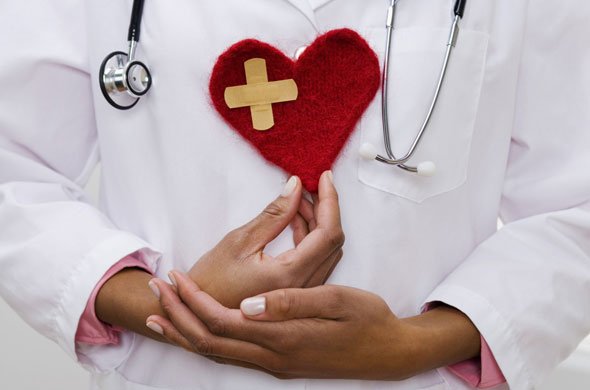 The Right to a Policy that Can’t Be Unfairly Canceled

Prior to the Affordable Care Act, the health insurance industry was able to retroactively cancel a policy based on an enrollee error. This practice, known as rescission, allowed insurers to rescind policies for all kinds of minor errors, including forgetting to mention a past doctor’s visit on the application for coverage.

When an enrollee needed an expensive treatment, the insurer could look back on an application filled out months or even years ago to find any minor errors that would allow it to cancel the policy. Policies could be canceled unexpectedly for almost any reason, such as not notifying the insurer that your employment status has changed. The insurer could even demand that the enrollee pay back any money for past medical bills.

The Affordable Care Act changes this. Now, insurance companies can only rescind your health plan if you commit fraud. You must knowingly and willingly misrepresent or leave out information relevant to your health plan for it to be rescinded. If the insurer wants to rescind your coverage due to fraud, they must give you 30 days’ advance written notice and you have the right to appeal.

The Right to Appeal a Health Plan Decision

If your plan refuses to pay for care, the Affordable Care Act gives you the right to appeal. If the plan says that the care is experimental or not medically necessary or that you are not eligible for coverage, you can appeal.

Each plan follows its own appeal procedures, and an appeal will likely go through an internal review by the insurer. If the plan still refuses to pay for a treatment, you can appeal to an independent reviewer. A study by the Kaiser Family Foundation found that 45 percent of appeals were successful in overturning health plan denials, but only about 4,000 appeals are filed annually. If you feel your insurance company has denied a benefit you deserve, consider filing an appeal.

The Right to Unlimited Benefits

No, this doesn’t mean that you get as much free health care coverage as you want. But it does mean insurance companies can’t set yearly or lifetime limits on what they spend on essential health benefits.

What Are Essential Benefits?

Under the Affordable Care Act, every health plan must cover certain basic benefits. These include:

Some religious employers can apply for an exemption so they do not have to cover contraceptives and birth control counseling. If you receive your plan through an exempt employer, you might have to pay out-of-pocket for these services.

The Right to Preventive Care

Preventive care is essential to reducing overall healthcare costs in America. The Affordable Care Act requires insurance plans to cover certain preventive health services at no cost to you, as long as you see an in-network provider. Services include:

The Affordable Care Act made an estimated 76 million Americans newly eligible for free preventive care, but less than half are aware of it. Don’t avoid an essential preventive service because you’re worried about the cost. If you’re unsure about a test or screening, check the full list of covered preventive care services. 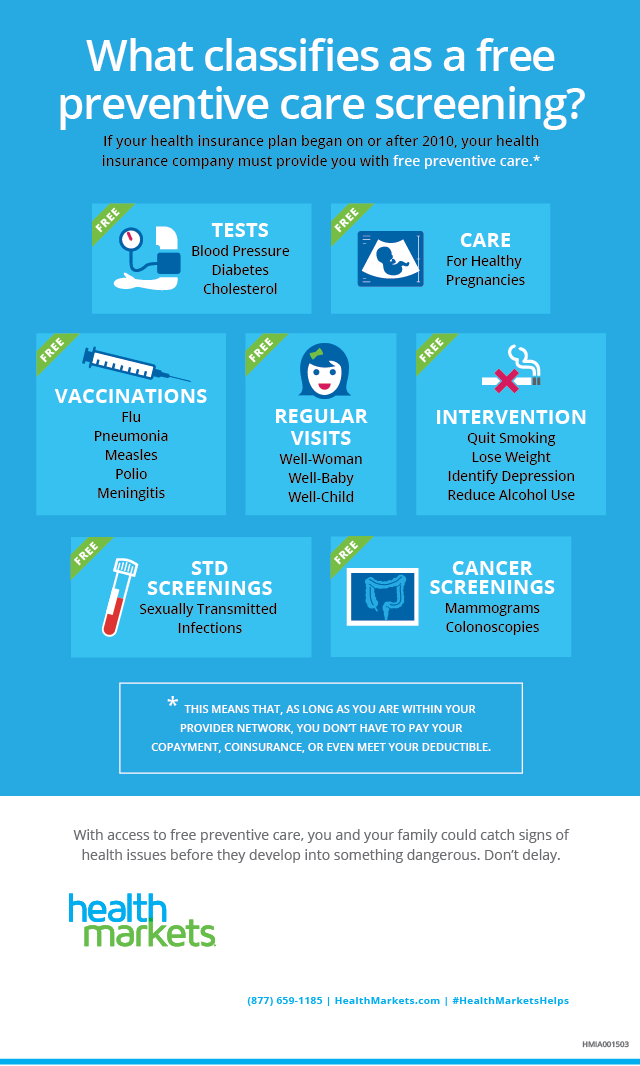 What Do I Need to Know?

The Affordable Care Act gives patients more rights, but it also puts the onus of responsibility on them. As an enrollee in a health insurance plan, you must stay up to date on the details of your plan. Don’t let a lack of information keep you from getting the medical care you need and deserve.

The health insurance industry is complex, and you may not have the time or interest to evaluate your healthcare choices. That’s where HealthMarkets comes in. Your local HealthMarkets agent will talk to you about your situation and show you the options that work best for you. It saves you time and money— and HealthMarkets does it all at no cost to you. For more information about how an agent can help you, contact a licensed HealthMarkets agent near you.